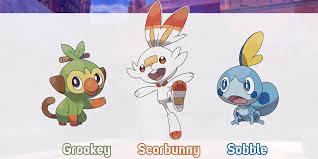 So I’ve had a bit of writer’s block when it comes to posting. I know I’ve been posting consistently since last October and I love the way my blog’s stats are growing, but there wasn’t any project that sent me rushing to my computer to write posts. So I thought about what I was really enjoying and that was playing Pokemon Sheild.

As I write this post I’m working on the Dark Type gym, now what does Pokemon have to do with reading? Well Pokemon come in different types as listed below, and they have different attributes based on those types, so I thought it would be fun to do a series of reading lists based on the different types.

Some are going to be easier like fairy and dragon, but I think I’m going to enjoy working on all of them.

Please feel free to join me in doing this, do you have a favorite type and series of books you think fit with them? Do your own posts and please link back to here!

Thanks to Bulbapeadia the Pokemon Wikipedia for the graphic below. 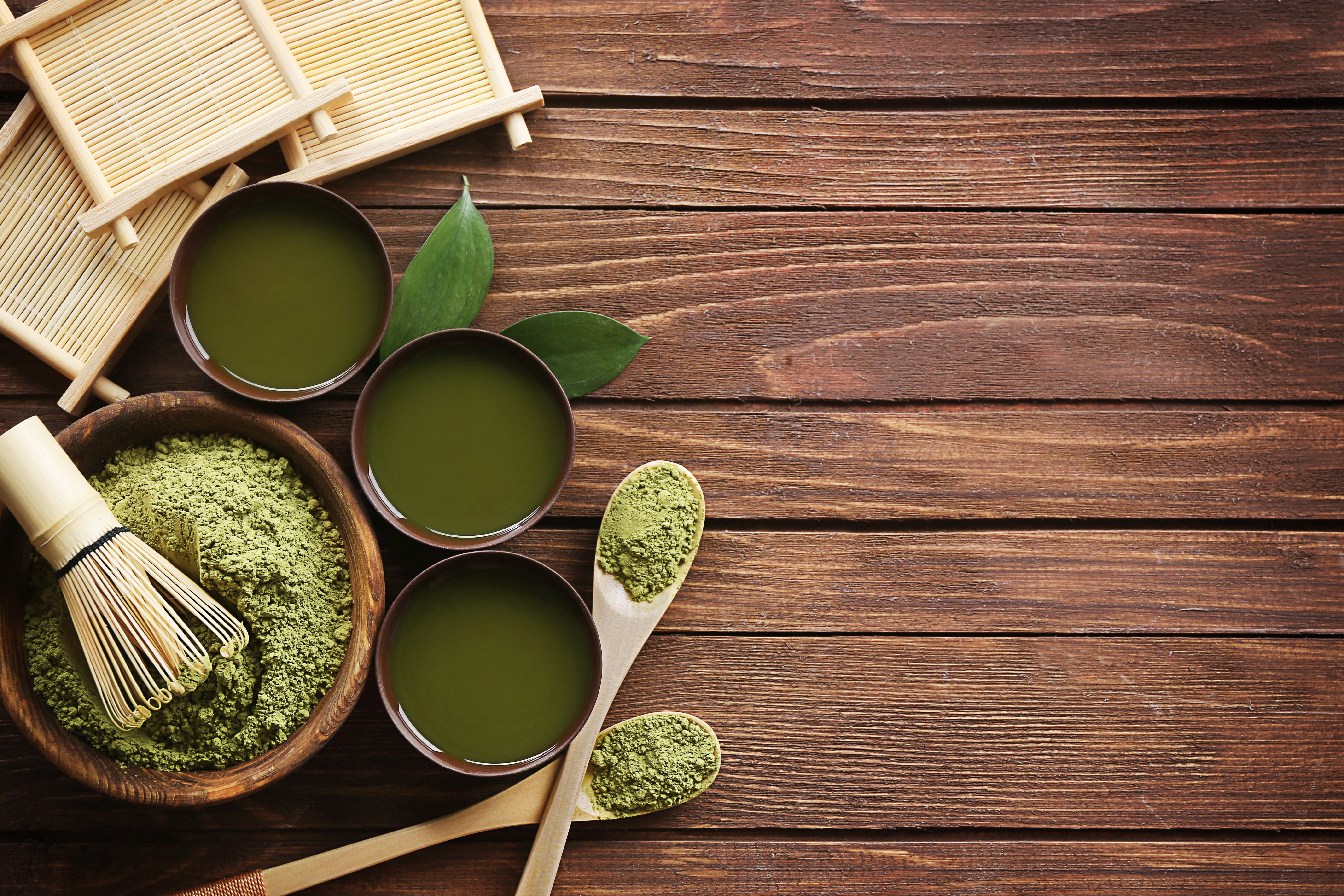 Just a few of the books I’m looking forward to for my Year of the Asian Readathon. A lot of these are repeats from last year, but I’m making them a priority on my TBR this year.

1) The Name Jar by Yangsook Choi

I’m working on this book right now and it’s very cute. It combines ice skating and martial arts. A girl and her brother from a rural country head to a famous school and must make a name for themselves.

This book was one of my favorites of 2018. If not my very favorite and the chance to give it a re-read is one I’m not passing up. It’s about Mia Tang and her family who come from China with big dreams and end up running a motel for a corrupt boss. When a chance for Mia to make her family’s dreams come up in the form of a writing contest, will she be able to make their American Dream happen?

I picked this up last year but just didn’t get around to reading it. Beatrix Lee is going through a lot of changes as 7th grade rolls around. Everything from becoming a big sister to losing friends. Bea finds solace in the written word and learns who she wants to be with the help of poetry and a new group of friends.

I’m also planning to read a few graphic novels by Asian authors the first of which is:

An orphan girl disguises herself as a boy so she can deliver newspapers. Set in a fictional country with 1920’s esque technology. Blue finds herself in the middle of some important secrets and makes a new friend who isn’t what he seems. But when authorities come looking for her new friend, will Blue with the help of a renegade scientist and some of her friends from the paper be able to get them out of trouble before they are drawn up into a larger conflict.

This will be mostly a re-read as well, but I never got around to finishing it. I’m also hoping to read the second book, Endgames which came out last year.

Are you participating in any reading challenges this year? 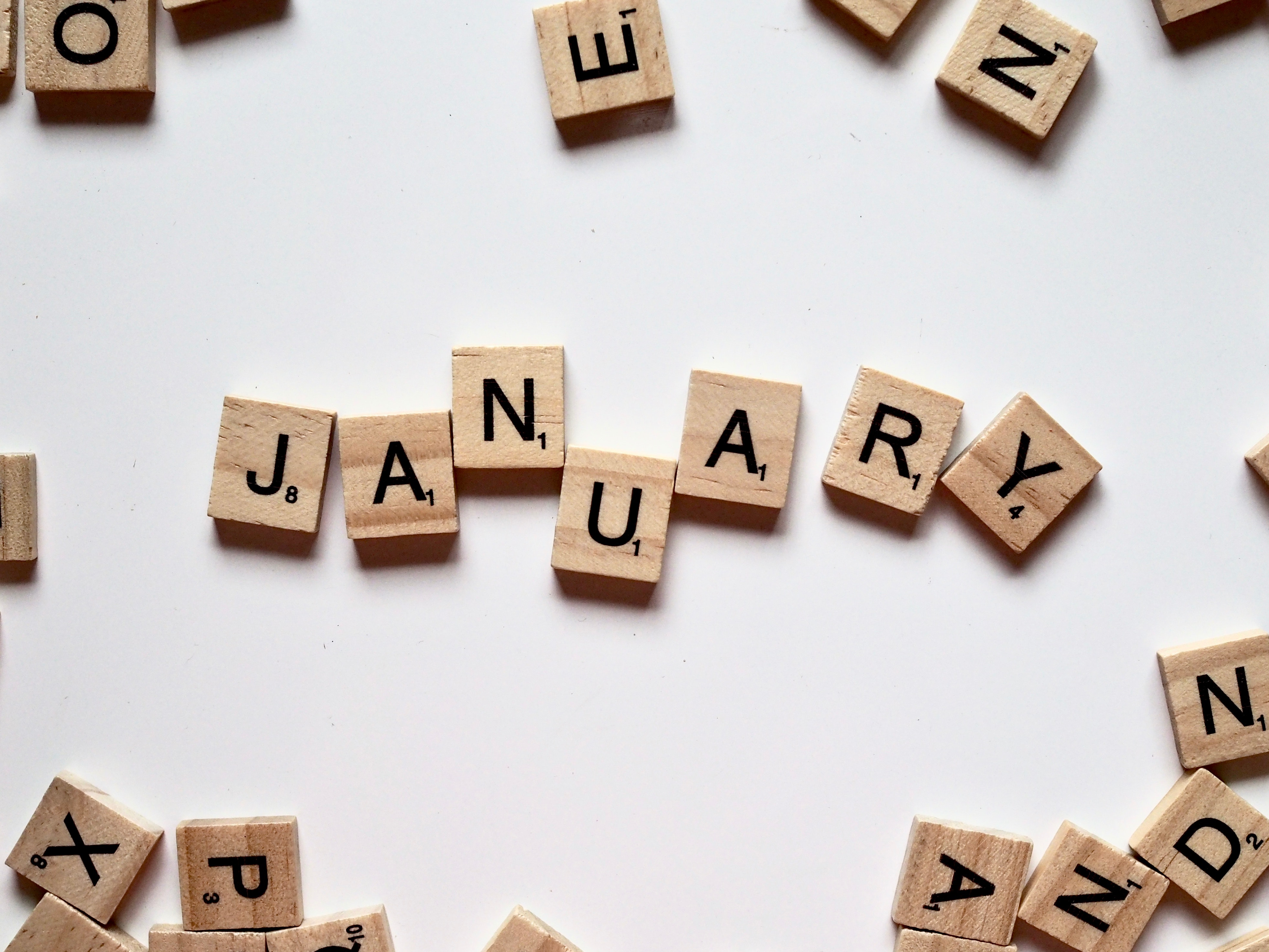 I’m probably a mood reader. But there are certain things coming out in January I’m excited about. I’m trying to include as many #OwnVoices pieces as possible. Special thanks to Book Birds for their list of January 2020 releases.

Published in partnership with curators from the Smithsonian National Museum of African American History and Culture. This book is also sold as a series of postcards. It highlights important Black women who have shaped American culture.

Cheryl Willis Hudson is vice president and editorial director of Just Us Books, an independent publisher of black-interest books for children and young adults.

Erin K. Robinson is a Black illustrator based in Brooklyn. You can find her at brooklyndolly.com

The book is out on January 7th.

2)Diana: Princess of the Amazons

A cute graphic novel take on Wonder Woman by some of my favorite authors Shannon Hale and Dean Hale. Diana is the only kid on an island full of adults, she’s mostly happy with her life, but she’d really like a friend her own age. Will her attempts to make a new friend cause more trouble than she expected?

Illustrated by Victoria Ying who is an author and artist living in Los Angeles, and has done work on Disney films including Frozen, Wreck-it Ralph and Moana.

Out on January 7th.

Amazon: Diana Princess of the Amazons

3) The Oldest Student: How Mary Walker Learned to Read 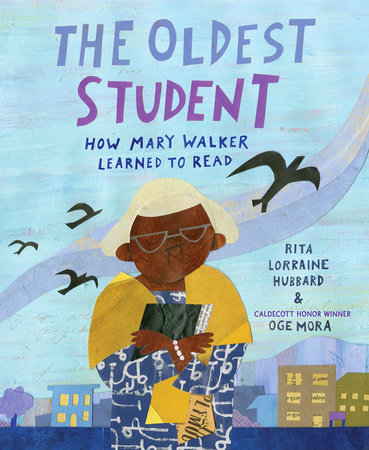 This picture book covers the life of Mary Walker, who learned to read at the age of 116.

The author Rita Lorraine Hubbard is the author of a number of nonfiction books for young adults and runs the children’s book review site Picture Book Depot. She also runs the historical site The Black History Channel.

The illustrator Oge Mora has been honored for her work with 2019 Caldecott Honor Book for her book, Thank You Omu. The book also won 2019, Coretta Scott King/John Steptoe New Talent Illustrator Award.

This gender-swapped retelling of The Count of Monte Cristo sounds super interesting. After being held captive for years on a debtor’s ship all Amaya wants is revenge against the man who ruined her family and destroyed the life she once had. When she rescues a man from drowning, he offers Amaya a chance at a new identity and revenge, but the path to her revenge is more complicated than it seems, and she must figure out who she can trust, or if she can trust anyone at all?

Tara Sim is a YA author who is based in the Bay Area.

The next book in the Stella Diaz series, after Stella Diaz Has Something to Say Stella Diaz is a shy Mexican-American girl who is excited to take her family vacation to Mexico. She’s most excited to see the sea-life, but after she sees the state of the ocean, she realizes she has to do something to help.

But what can she do? She knows it will be a lot of hard work, but with lots of help from new and old friends, she will find a way to help, because Stella Diaz never gives up.

What are you guys excited for this January? 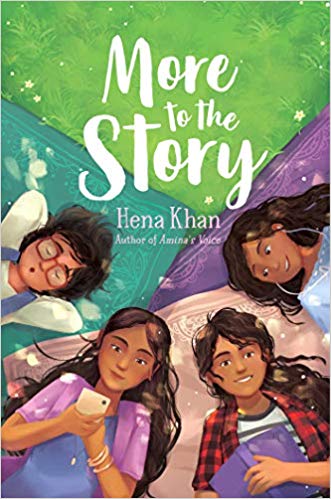 I have to admit this post is inspired by Hena Khan. I fell in love with Hena Khan’s work, through her book Amina’s Voice. I’ve also spoken with people who talk about the lack of Pakistani American portrayals in children’s literature. So I thought I’d do a feature, focusing on everything from picture books to middle grade and featuring Pakistani-American main characters. I’ve featured books I can find by #ownvoices authors.

Bilal loves cooking daal and wants to share one of his favorite foods with his two friends, Elias and Morgan. They make daal together with his friends helping out with the spices such as turmeric, chili and cumin. But when his friends aren’t certain they are going to like daal (they think it smells funny), Bilal is worried that maybe his friends won’t share his love of daal. But when they sit down to eat Bilal’s friends love the meal. This is a great story for children who worry about sharing their culture with friends.

Written by Aisha Saeed, a founder of We Need Diverse Books and Pakistani-American writer, teacher, and attorney. Illustrated by Anoosha Syed who is a Pakistani-Canadian illustrator and concept artist.

Meet Yasmin is the first in a series of books that tell the story of second-grader Yasmin, who is out to use her big imagination to solve life’s little problems. Bold, creative and curious, Yasmin and her multi-generational Pakistani American family will be sure to win your hearts. 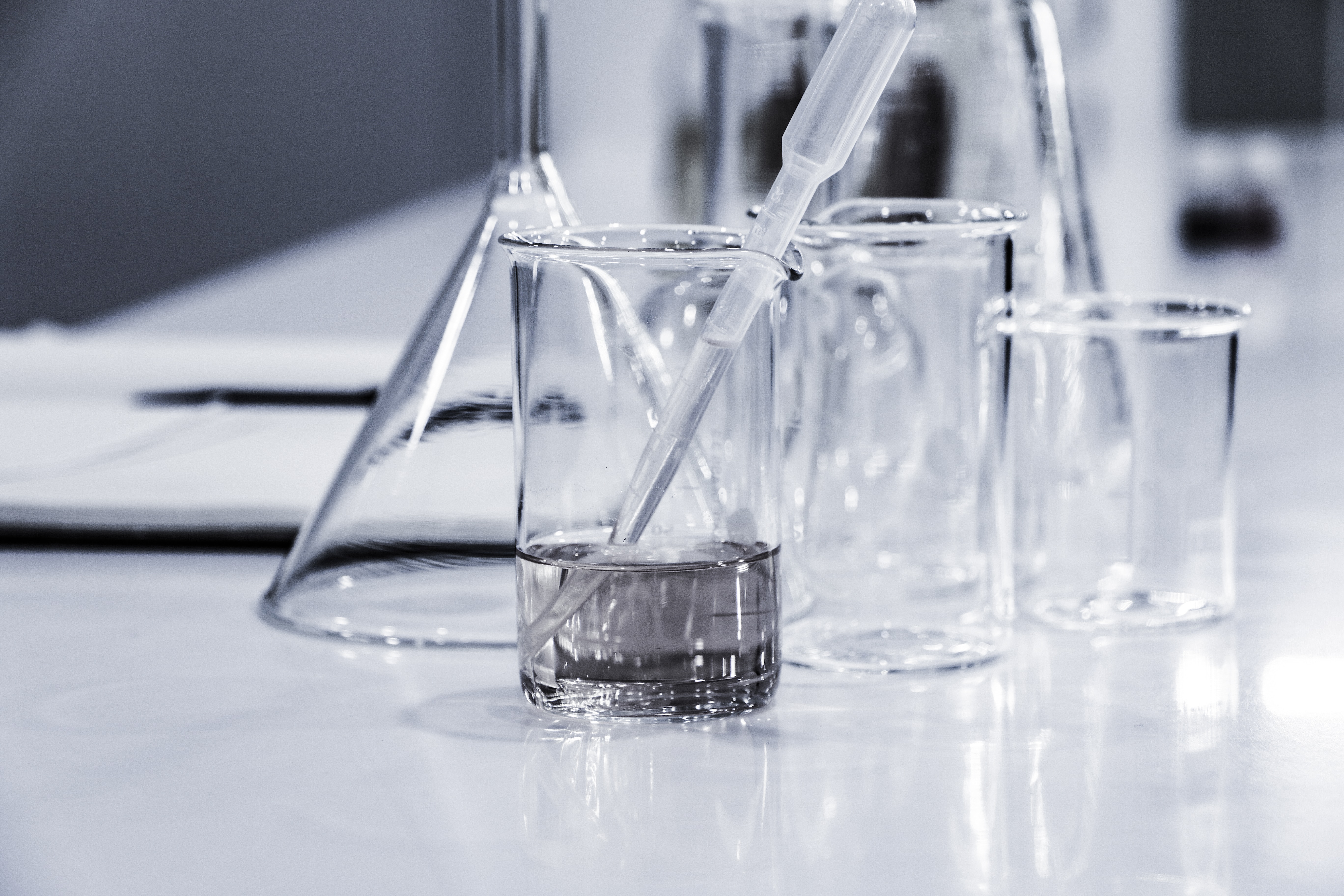 I’m trying to find more diverse and #OwnVoices chapter to feature. This will be part of a series featuring different content. Today I’m focusing on books about black girls doing science.

Zoey and Sassafras: Dragons and Marshmallows

A cute series that combines real science, magic, and friendship. Zoey is a scientist faced with magical problems. In the first book, Zoey and her cat Sassafras discover that injured magical animals have taken up residence in their backyard barn. Things get serious when they discovered an injured baby dragon, Marshmellow. Will they be able to use science to help figure out what’s wrong with their new friend?

The books use easy-to-read language and illustrations on nearly every page making this book series perfect for a wide range of readers. Each book also includes an age appreciate glossary of the science terms used in the book.

Written By Asia Citro and Illustrated by Marion Lindsay.

After her best friend moves away Jada feels lost at school. She feels much more at home out in nature looking for rocks for her collection. After all finding rocks is easier than finding friends. When Jada’s teacher announces their next project will be on rocks and minerals Jada finally feels like she’s found her element.

Written by Kelly Starling Lyons. Lyons is one of the founding members of the blog The Brown Bookshelf, which is aimed at young African-American readers. Illustrated by Vanessa Brantley-Newton who has received the NAACP Image Award for Outstanding Literary Work – Children’s.

Cece is a budding scientist, her first experiment, along with the help of her best friend Issac is to find out, whether her dog Einstein will eat his vegetables. The first in a series.

Ada is curious about everything. But sometimes her scientific experiments and elaborate scientific plans don’t go and planned. She must realize the power she has to think things through and remember how important it is to stay curious.

Written by Andrea Beaty, who is also the author of Rosie Revere: Engineer, and Iggy Peck: Architect

If you have ideas for what I should feature next about chapters and picture books. Just post a comment or send me a message via Twitter or IG.