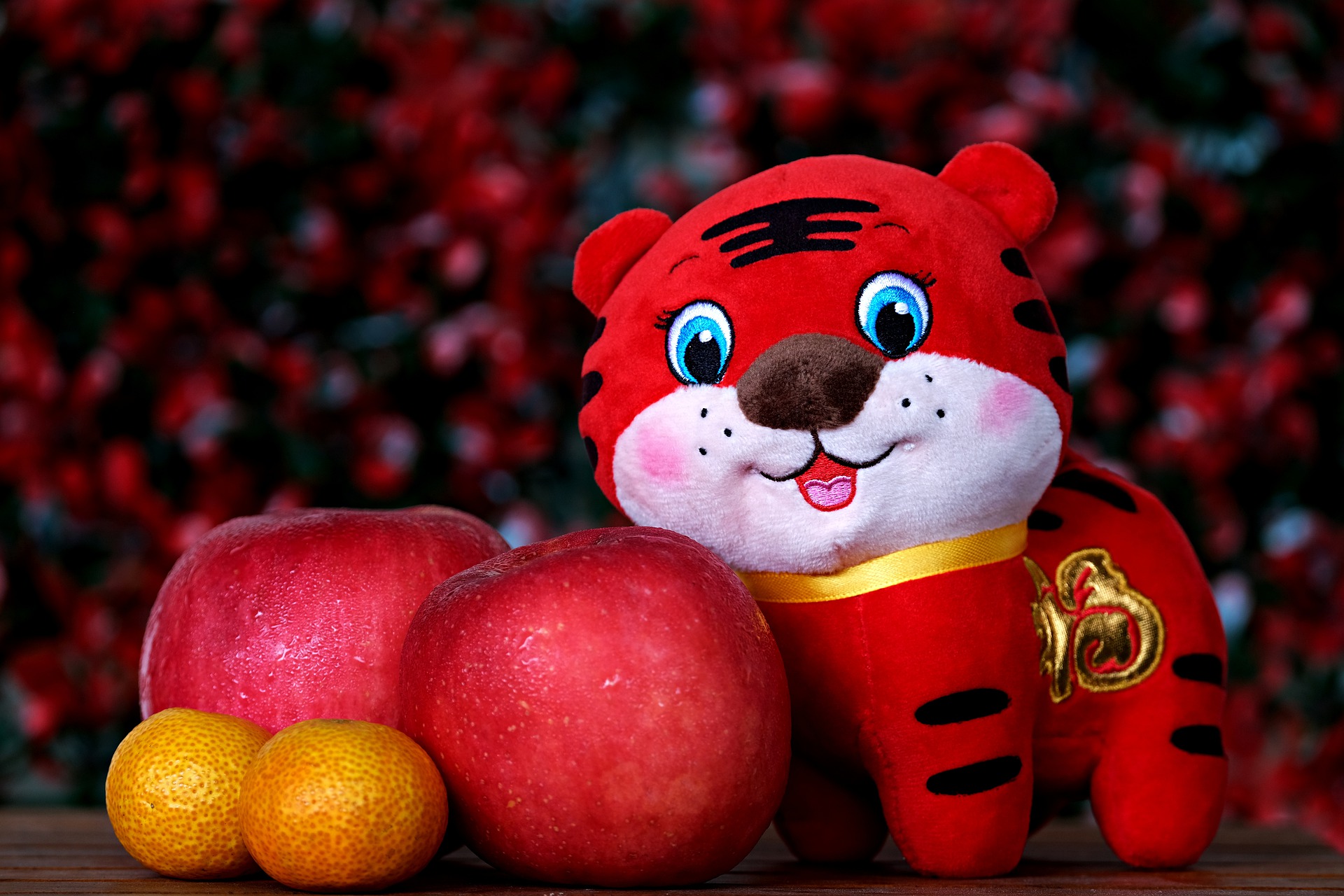 Happy Lunar New Year! For Chinese New Year thought I’d do a post focusing on Asian authors and main characters. For those who don’t know it’s the Year of the Tiger this year. People born in the year of the Tiger are described as

People born in the Year of the Tiger are born leaders, who walk and talk assertively and inspire respect. They are courageous and energetic, love a challenge or competition and are prepared to take risks. They are hungry for excitement and crave attention.

So I decided to do this Chinese New Year Book Tag.

So Isabelle took it as a challenge to use only books by Asian authors and/or with Asian main characters for this tag and I’m going to follow her suit.

I’m the Year of the Horse so some of the personality traits associated with my year are having personality traits like being warm-hearted, enthusiastic, and positive. As they are lively and active, running in broad areas, so it is also the symbol of independence and freedom.

New Year: A book with a phenomenal beginning

This had an amazing beginning with the main character waking up in a new world and trying to find her way against robots and wondering she can work with the human survivors of the robot world and finding out she has powers. Lets just say this books beginning was very exciting. By amazing Asian author Akemi Dawn Brown.

Chinese New Year: A book by an Asian author

A very exciting adventure book about a strange forest, a lost princess, and dragons. I’m also a huge fan of Ellen Oh and some of the other books she’s written. You can also find my review of the book here.

Lunar New Year: A book that takes place in space

Okay well it’s not in space but it’s on another planet and it has one of my favorite romances and it tormented me for a year waiting for the sequel to come out. It’s also got some of the coolest fighters and great worldbuilding.

Zodiac / Year of the [Rat]: An animal sidekick

This book is on my TBR the main character has a giant metal dragon bond to her so I guess you could call that an animal sidekick right?

Lucky Color Red: A book with a red cover

This book is on my TBR as well and I think I’ll like it since I like some of the author’s other work.

Firecrackers: A book exploding with action

Though most of the action is in the past it tells an important story of the Korean War that needs to be preserved in during these times of book banning.

Red Envelope: A book you can’t wait to open

Though its not out yet I’ve been waiting to read this sequel to the Infinity Courts since I finished the first book. Oh why can’t April be here now.

Delicious Food: A book that made you so hungry

This book still makes me hungry, all the snack and meals described within the book. I’d even try the Paneer Pizza. I also loved watching the protagonists growth throughout the book. It’s really one of my favorite food based books.

Dua’s extended family was my favorite extended fictional family. There were just so many interesting personalities all interacting with each other. I particularly loved the interaction between Dua and Mahnoor after the latter’s walls came down and then Dua’s crush Hassan and his sister.

Feel free to consider yourself tagged. And expect more posts about Chinese New Year throughout the Month. Until then, feel free to share your favorites in the comments.