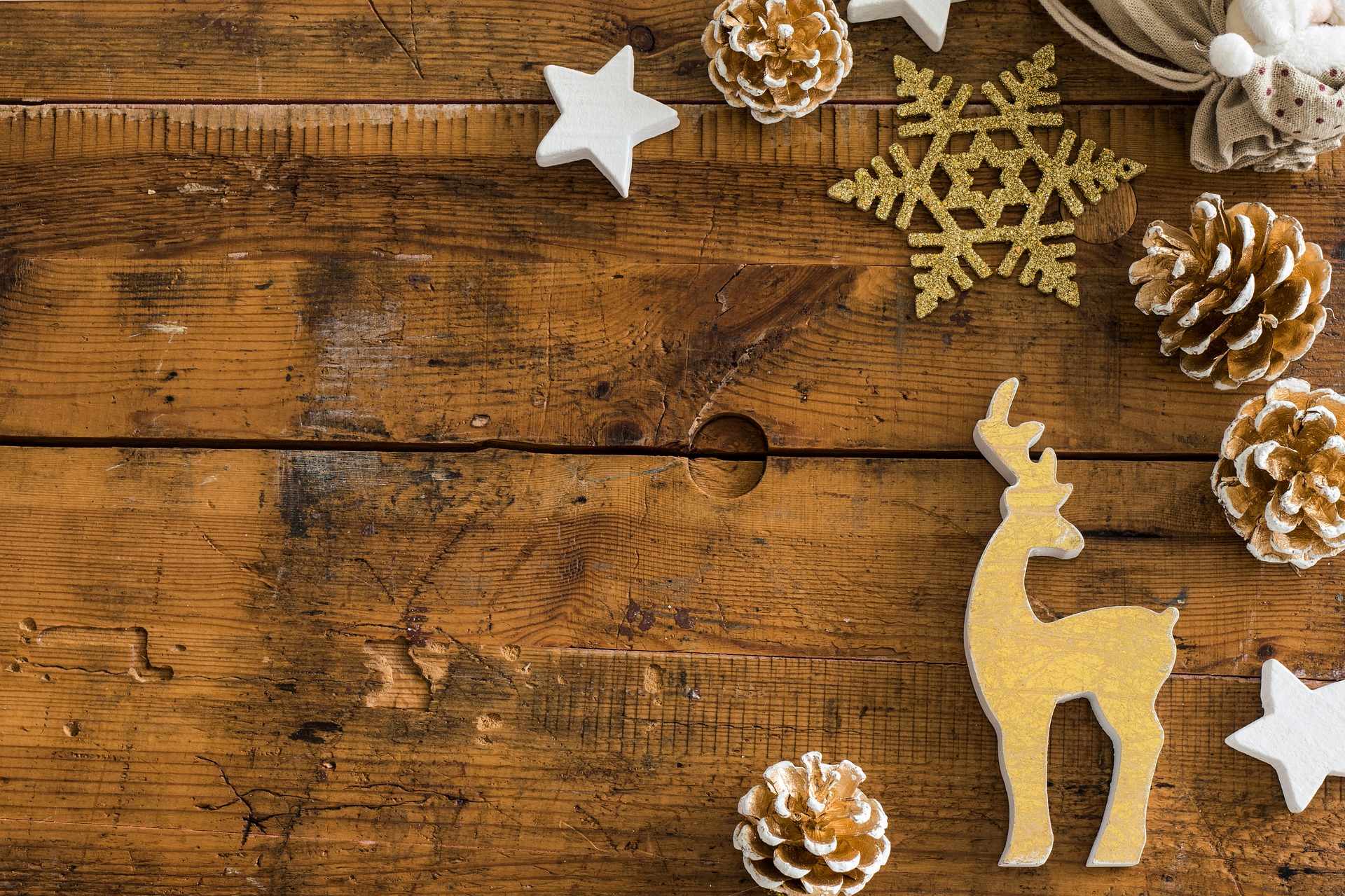 I’m really excited start on the Reindeer Readathon. I wanted to post my TBR a few days before it started. I’m really getting excited for the Christmas season and trying to hit my reading goal for the end of the year. 100? Can I do it, maybe if not I’m still happy but it would be really nice. How many Christmas Readathons are you doing I have 12 Days of Christmas Readathon which is going to Twitter this year, wish me luck.

Dasher: A novella or a collection of short stories

I’m using a book that I wanted to start in November for IndigAThon, but didn’t get a chance to use.

The Sea Ringed World: Sacred Stories of the Americas

Fifteen thousand years before Europeans stepped foot in the Americas, people had already spread from tip to tip and coast to coast. Like all humans, these Native Americans sought to understand their place in the universe, the nature of their relationship with the divine, and the origin of the world into which their ancestors had emerged. The answers lay in their sacred stories. While this may not be a Christmas book I want to make sure I continue to read native literature even after November.

Dancer-A book by one of your favorite authors, re-reads count

I was planning on re-reading the Keeper of the Lost Cities Series anyway so this is a good chance to start.

The Keeper of The Lost Cities

Twelve-year-old Sophie has never quite fit into her life. She’s skipped multiple grades and doesn’t really connect with the older kids at school, but she’s not comfortable with her family, either. The reason? Sophie’s a Telepath, someone who can read minds. No one knows her secret—at least, that’s what she thinks…

But the day Sophie meets Fitz, a mysterious (and adorable) boy, she learns she’s not alone. He’s a Telepath too, and it turns out the reason she has never felt at home is that, well…she isn’t. Fitz opens Sophie’s eyes to a shocking truth, and she is forced to leave behind her family for a new life in a place that is vastly different from what she has ever known.

But Sophie still has secrets, and they’re buried deep in her memory for good reason: The answers are dangerous and in high-demand. What is her true identity, and why was she hidden among humans? The truth could mean life or death—and time is running out.

To protect the other Mami Wata, Simi must journey to the Supreme Creator to make amends. But all is not as it seems. There’s the boy she rescued, who knows more than he should. And something is shadowing Simi, something that would rather see her fail. . . .

Vixen-a book that caught your eye

Aissa has never felt so trapped and alone even with her sister and friend by her side. Zandria—once her other half—has become cold and inflexible after her time in the Technocrats’ dungeon. Their friend Remy may still side with his father, a Magi leader who refuses to believe his spymaster has turned traitor. And Aissa herself is now an enemy of her Magi people after falling in love with—and binding her heart to—Aro, a Techno prince who puts all their lives at stake.

Aissa is determined to uncover the secrets of the Alchemist Alliance that created her and Zandria’s unique magical powers … as well as learn whether the Alliance’s research holds the key to healing the rift between the Magi and Technocrats after centuries of war. But with her people preparing for battle, it will take more than lost spells and hidden secrets to accomplish her goal. Especially as the bond between her and Aro grows deeper and threatens everything Aissa has ever believed.

These books so far don’t have much to do with Christmas itself but I’m going to try to include at least one Christmas centered story even though I’m fan of fantasy.

Maren’s life has finally gone back to normal. Her sister, Hallie, is doing much better, she’s still allowed to work in her family’s dream shop, and there’s been no sign of Obscura, the evil nightmare thief.

But when Lishta, Maren’s grandmother, finds an ad for a sleepaway camp designed for dreamers, alarm bells start to ring. Lishta’s never heard of the camp directors, and she’s worried and wants to investigate. Maren and Hallie pose as campers with Lishta taking a job as the lunch lady.

Almost right away something seems off. Campers all wake up humming the same song, a whole bunk of girls does their hair the exact same way, and everyone seems to have had the same dream. And things go from bad to worse when Maren discovers most of the camp population has been sleepwalking.

As the girls investigate the camp, Maren and Hallie discover a nefarious plot that could affect the entire world. Maren will have to figure out who’s really behind the camp and stop them from turning more dreamers in sleepwalking zombies, before it’s too late.

I loved the first book in this series so I’m really excited for this one.

Cupid-Take a Shot a New Author

Of her two granddaughters, Grandma Yvette clearly prefers Ruby Taylor’s perfect—and perfectly Jewish—cousin, Sarah. They do everything together, including bake cookies and have secret sleep overs that Ruby isn’t invited to. Twelve-year-old Ruby suspects Grandma Yvette doesn’t think she’s Jewish enough. The Jewish religion is matrilineal, which means it’s passed down from mother to child, and unlike Sarah, Ruby’s mother isn’t Jewish.

But when Sarah starts acting out–trading in her skirts and cardigans for ripped jeans and stained t-shirts, getting in trouble at school–Ruby can’t help but be somewhat pleased. Then Sarah suddenly takes things too far, and Ruby is convinced Sarah is possessed by a dybbuk, an evil spirit… that Ruby may or may not have accidentally released from Grandma Yvette’s basement. Ruby is determined to save her cousin, but a dybbuk can only be expelled by a “pious Jew.” If Ruby isn’t Jewish enough for her own grandmother, how can she possibly be Jewish enough to fight a dybbuk?

Amanda Panitch writes with a humorous, irresistible, and authentic voice. This character-driven story with a magic twist about speaking up and finding your place in the world.

Donner-Book with Red or Green as the Primary Color

Things Finley Hart doesn’t want to talk about:
-Her parents, who are having problems. (But they pretend like they’re not.)
-Being sent to her grandparents’ house for the summer.
-Never having met said grandparents.
-Her blue days—when life feels overwhelming, and it’s hard to keep her head up. (This happens a lot.)

Finley’s only retreat is the Everwood, a forest kingdom that exists in the pages of her notebook. Until she discovers the endless woods behind her grandparents’ house and realizes the Everwood is real—and holds more mysteries than she’d ever imagined, including a family of pirates that she isn’t allowed to talk to, trees covered in ash, and a strange old wizard living in a house made of bones.

With the help of her cousins, Finley sets out on a mission to save the dying Everwood and uncover its secrets. But as the mysteries pile up and the frightening sadness inside her grows, Finley realizes that if she wants to save the Everwood, she’ll first have to save herself.

Amazon: Some Kind of Happiness

Apparently everyone thought I could read this and it is super popular.

Prairie Lotus is a powerful, touching, multilayered book about a girl determined to fit in and realize her dreams: getting an education, becoming a dressmaker in her father’s shop, and making at least one friend. Acclaimed, award-winning author Linda Sue Park has placed a young half-Asian girl, Hanna, in a small town in America’s heartland, in 1880. Hanna’s adjustment to her new surroundings, which primarily means negotiating the townspeople’s almost unanimous prejudice against Asians, is at the heart of the story. Narrated by Hanna, the novel has poignant moments yet sparkles with humor, introducing a captivating heroine whose wry, observant voice will resonate with readers.

You do these concurrent with reading the other books.

The final prompt worth the most points if you’ve done everything else you can redo one prompt.