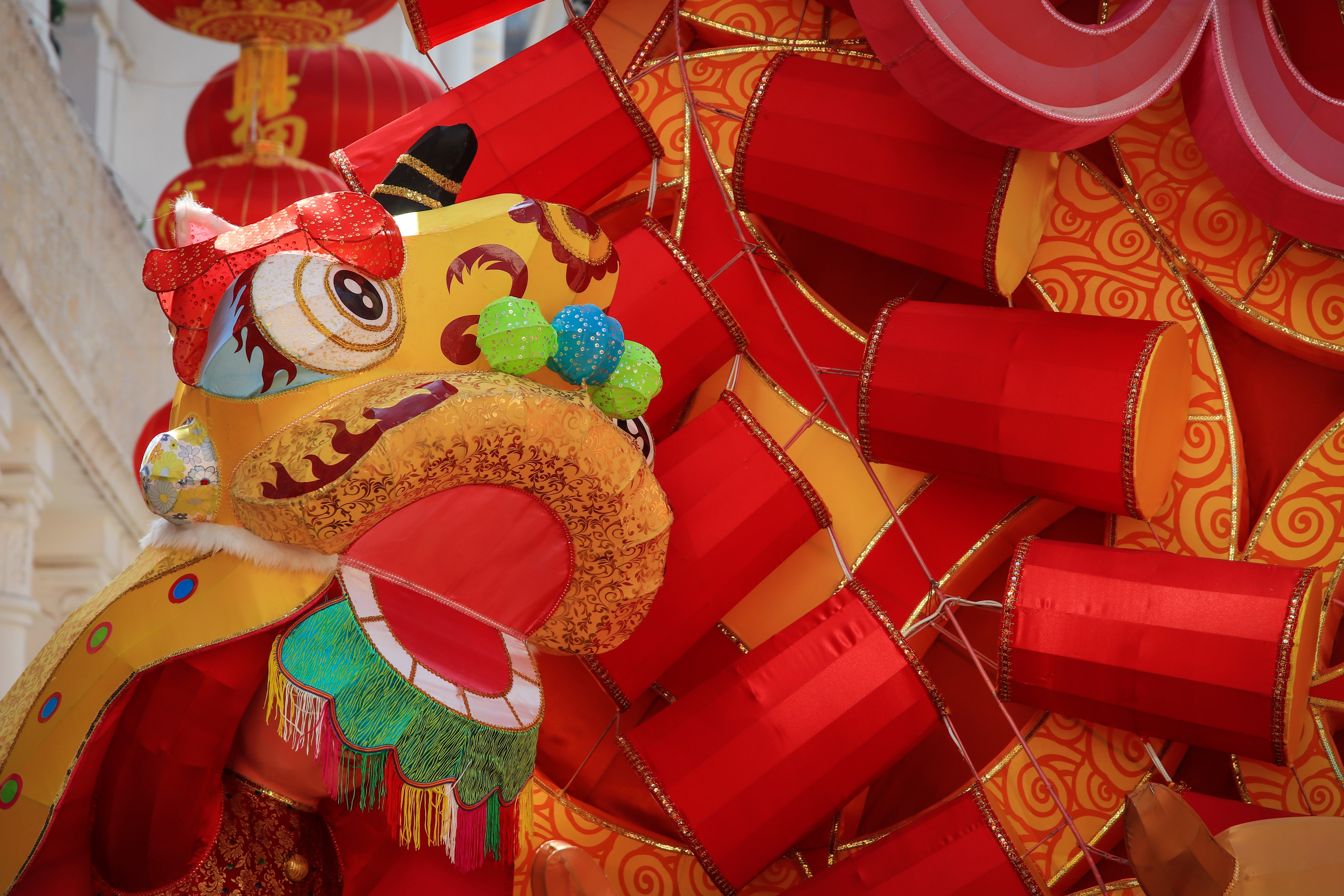 This year is the Year of the Ox, the second in the 12-year cycle of animals, the date of Chinese New Year varies on the Gregorian calendar because it’s date is based on the Chinese lunisolar calendar.

People born in the Year of the Ox are attributed with such positive characteristics, as being hardworking and honest.

Celebrations vary but usually include fireworks, red paper lantern decorations, and dinners with the family. In fact, the migration of people in China coming home for Chinese New Year is one of the biggest yearly migrations in the modern world though this has changed in recent years due to COVID.

Amy Wu and the Perfect Bao

Amy enjoys making bao with her family, but it takes skill to make the bao taste and look delicious And her bao keeps coming out all wrong.

Then she has an idea that may give her a second chance…Will Amy ever make the perfect bao?

Written by Kat Zhang and illustrated by Charlene Chua.

Some call it a monster, laying waste to the villagers and their homes.
Some say it is an invulnerable demon summoned from the deepest abysses of the Immortal Realm.
Many soldiers from the royal guard are sent out to hunt it down.
Not one has ever returned.

Asterin Faelenhart, Princess of Axaria is heir to the throne, but that might not be the most important thing about her. She may hold the key to defeating the demon that has been terrorizing her kingdom. She vows not to rest until the beast is slain, she has her powers (even though she doesn’t fully understand them) and she has her friends. Asterin and her company set out to complete a task everyone else has failed at

To kill the demon.

But when they go hunting they may find something other than the Demon, like a plot to assassinate the princess instead. The company begins to wonder how much of their lives have been lie, they begin to see that the center of the web of decit they are uncovering my be themselves.

How much are they willing to sacrifice to protect the only world they’ve ever known?

That is….if the demon doesn’t get them first.

Born in 2000, Canadian-Chinese author and pianist Coco Ma began playing the piano at the age of five and a half. Since then, she has performed on some of the world’s greatest concert stages and graduated with a pre-college diploma in piano performance from The Juilliard School in New York City. At fifteen years old, she finished writing her first novel, Shadow Frost. Currently, she studies at Yale College. When she isn’t practicing piano, writing, or studying, you might find her bingeing Netflix or eating cake. Lots of cake.

The cover was designed by Kathyrn G. English. Kathryn has worked as an in-house designer for Blackstone Publishing (previously Blackstone Audio, Inc) since 2002, and currently works as the lead designer, and art director for the new print books imprint.

The Epic Crush of Genie Lo

Genie is a perfectionist feeling the struggle to get into a top-tier college. It consume her every waking though, until she discovers she’s a celestial spirit powerful enough to bash through the gates of heaven with her fist. Then college, well it’s not exactly at the top of the list, maybe like number two though.

Then there is Quentin a transfer student from China. He’s tone-deaf assertiveness intruges Genie, yet it also annoys her to the point of madness. Quentin helps with Genie’s outrageous transfromation sometimes gently sometimes agressively as their sleepy suburb in the Bay Area comes under threat from hell-spawn.

Drawing from Chinese folklore Yee perfectly balences a larger than life heroine’s high school life, with the supernatural world she finds herself commanding.

F. C. Yee grew up in New Jersey and went to school in New England, but has called the San Francisco Bay Area home.

MUTI Creative Studio designed the cover for The Epic Crush of Genie Lo.

Twelve-year-old Maxine Chen is trying to balance everything in her life. She just has to keep her life on the ice, in middle school, and at home, where her parents worry that competitive skating is too much for their budding tween.

But then a bully at school starts teasing her for her Chinese heritage, leaving her stunned and without a response. And it not only school where she’s thrown for a loop, at the rink she finds herself up against a stellar new skater named Hollie, will her grace and skill edge Maxine out of the competition?

Everything she knows is on uneven ice, will Maxine crash under the pressure? Or can she power her way to a comeback?

E. L. Shen is a writer, editor, and former figure skater. Her childhood skating career was not nearly as prolific as Maxine’s, but her personality is just as fiery. She received her Bachelor of Arts from Barnard College of Columbia University, where she majored in English with a concentration in creative writing. Originally from upstate New York, she currently resides in Manhattan.

Dung Ho and Cassidy Clausnitzer are the cover artist and worked on the design for the book.