Steel is a strong and resistant type that can’t be poisoned by other Pokemon types. All these books have strong heroes and heroines that don’t let things get them down. 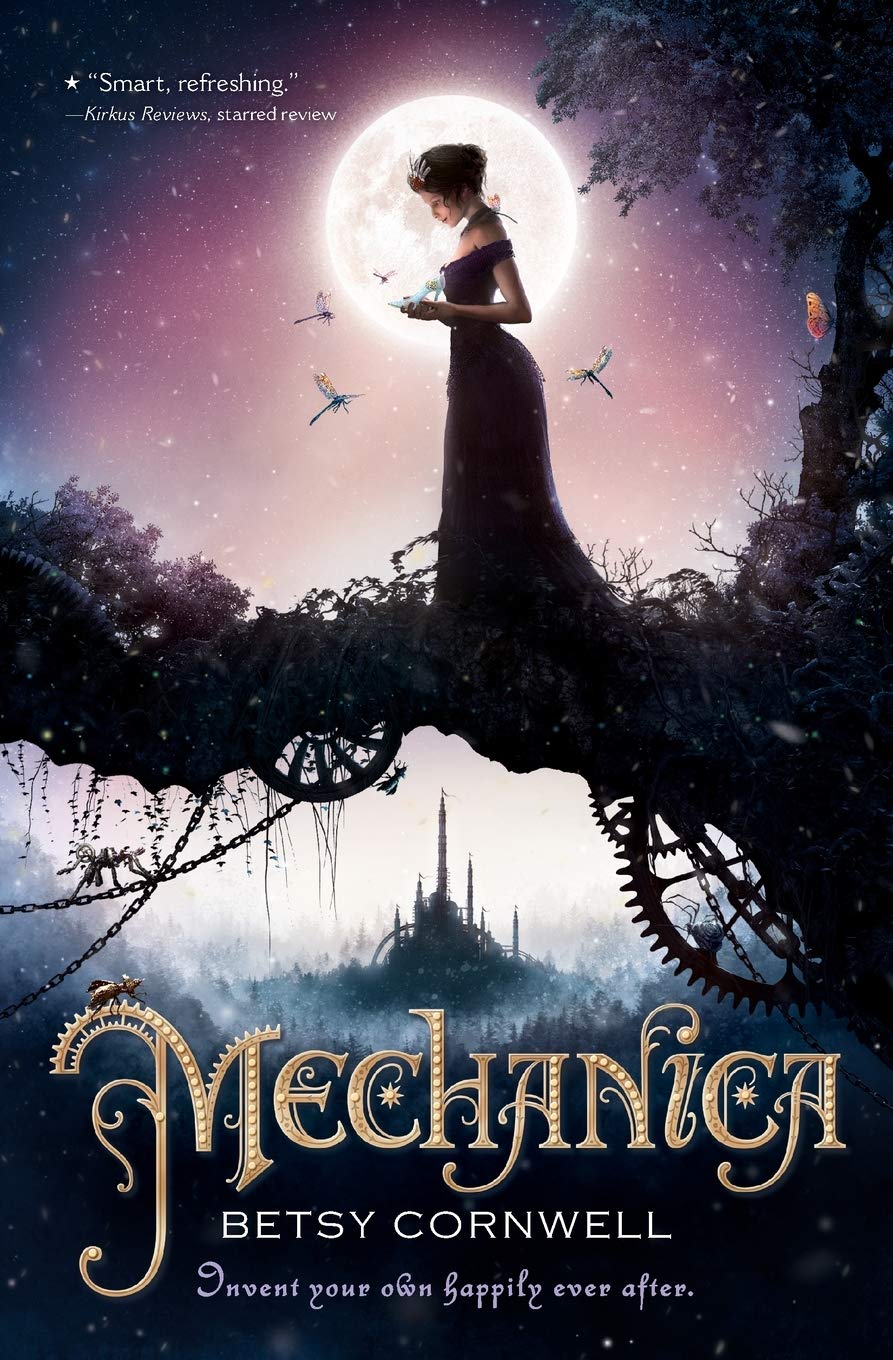 Nicolette is the Cinderella in this Cinderella story, only her awful stepsisters call her “Mechanica”.  The name fits though, her mother was an inventor and she is too, even though her mom is gone now. She’s got a life of servitude with her stepsisters.

However, life may have a few surprises left when Nicolette discovers a secret workshop in the cellar on her sixteenth birthday—and befriends Jules, a tiny magical metal horse. Nicolette starts to imagine a life beyond serving her stepsisters.

The timing is perfect there is technological exposition and a royal ball coming up, and Nicolette is going to invent her own happily ever after and wow the prince as well as the entrepreneurs as well.

Can Mechanica build a new life for herself or will she be stuck with the steps forever?

The Pokemon this book makes me think of is Magearna

The reason Magearna reminded me of Mechanica is that it seems like something she would invent and it also kind of looks like it’s wearing a ball gown.

It’s barely been a day since Edwy was returned to Cursed City where he was born from Fredtown where he was raised. Now he’s being shipped off again, smuggled to a boarding school in Refuge City. He’s there with his sister and brother, but they don’t even like him very much.

But his sister and brother start to warm up to him and teach him about some of the technology he missed out on during his upbringing and some of the histories he missed as well.

But when he learns the other children from Fredtown are still in Cursed City, he makes a plan to try and get back to them, will his brother and sister help or are they too caught up in their own lives?

The Pokemon this book reminds me of is:Melmetal

It reminds me of Melmetal because Refuge City is the most advanced city that the people on Edwy’s side have, but it’s still sort of thrown together compared to their enemies just like Melmetal is made of just nuts and bolts.

Caledonia Styx lost her family to the corrupt warlord Aric Athair and his bloodthirsty army of Bullets, now she’s out for revenge. But her course takes her over dangerous seas with her ship Mors Navis, and her crew of girls and women. Her crew is all like her, people who have lost their families because of the evil warlord.

Their armored ship keeps them alive but isn’t any match face to face with Aric Athair’s full armored fleet. After Caledonia’s best friend and second-in-command barely survive an attack thanks to help from a Bullet looking to defect.

Caledonia must question everything she knows and feels about the Bullets, for a chance to bring Athair down once and for all. But will this boy be the key to victory or threaten everything the Mors Navis has worked so hard to create?

The Pokemon this book reminds me of is: Aegislash

After her parents allegedly committed treason, twelve-year-old Petrel is an outcast. She doesn’t fit anywhere among the three warring tribes. They all live on an ancient icebreaker that has been following the same ocean course for three hundred years.

But things change for Petrel when a boy has discovered on a frozen iceberg and the crew is on alert. Petrel hides him hoping for a friend, but what Petrel doesn’t know is the ship holds a secret and her new friend has been sent to destroy it.

The Pokemon this book reminds me of is the: Registeel

Because the book deals with technological opinions on whether technology should play a role in society the book reminded me of the Pokemon who is kind of like a robot.

I also chose Registeel because it’s a legendary Pokemon and there is a very important piece of technology that comes up in the book.

Crispy Confessions
Books For The Love Of Words!