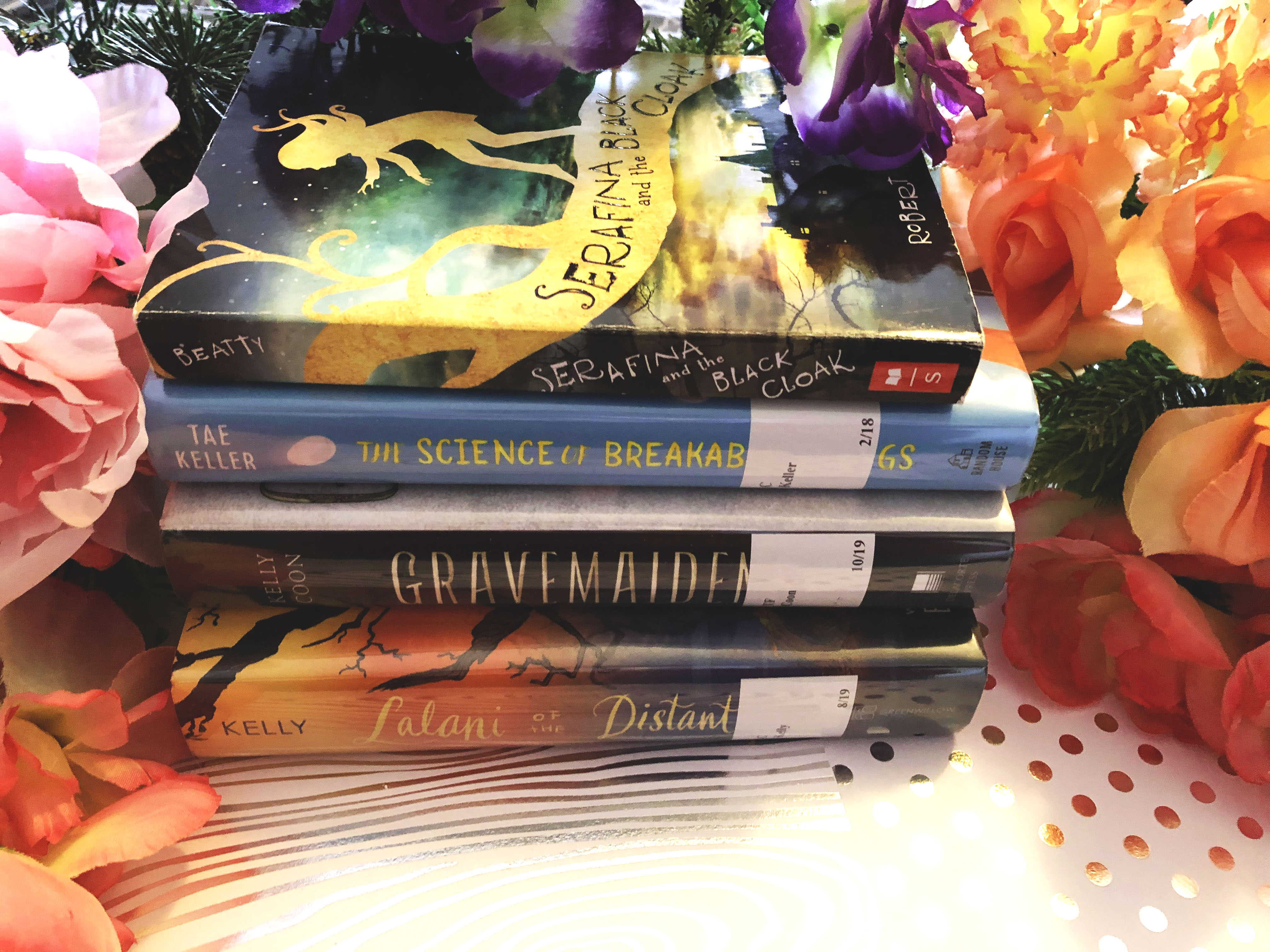 I’ve got 4 books I’d like to read in March. The first is Gravemaiden by Kelly Coon

Wow, this book is still on her TBR list you may say. I know I know, I just can’t seem to finish it, I like it though so I will get it finished it’s just taking FOREVER.

The Science of Breakable Things

I wanted to add at least one book for my Mental Health TBR this month, and this one not only fits that but works for YARC, so I had to add it to the list.

The book starts with Natalie’s teacher suggesting she enter an egg drop competition. Natalie thinks this will be the perfect solution to all her problems. After all their will be prize money, and if she and her friends win, she can take her mother who is a bonist to see the miraculous Cobalt Blue Orchids–flowers that survive against impossible odds.

Natalie’s mother’s been depressed, but Natalie is sure seeing the flower will help break her out of it. But she has to win the competition first, and Natalie’s friends begin to show her that talking about a problem can be the way to heal it. With their help Natalie learns solving depression isn’t so simple but that hope and love are always present.

Publisher’s Weekly also notes that “Natalie’s Korean heritage is sensitively explored, as is the central issue of depression.”

Amazon: The Science of Breakable Things

Check back throughout the month to see how I’m doing with my TBR!