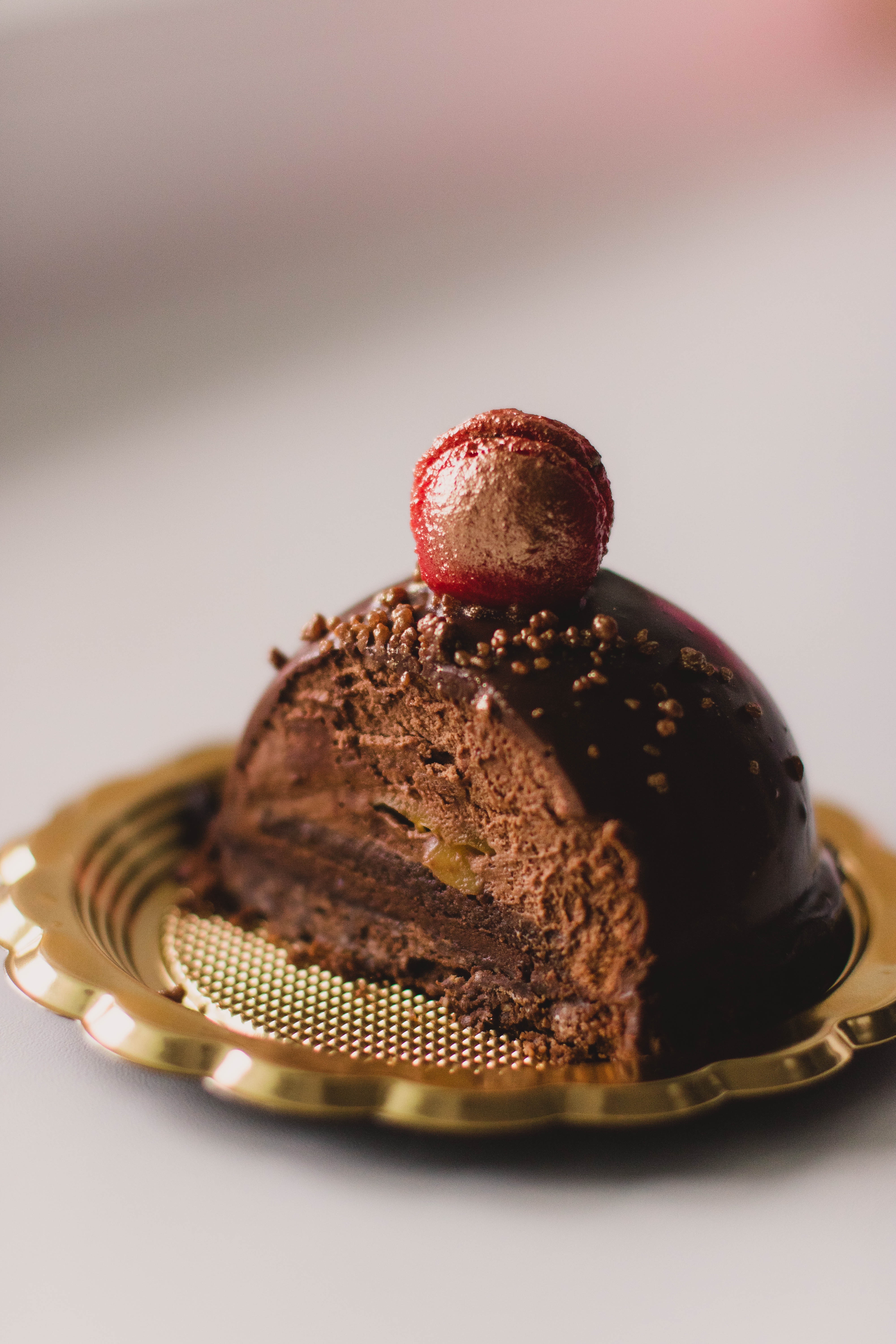 This is the second in a loosely connected trilogy be Stephaine Burgis. The universe is the same, but the characters that the book focuses on are different with each book.

The Girl with the Dragon Heart is about Silke, Aventurine‘s best friend who helped her find her way as a human in the first book. Aventurine also shows up in this book though mostly as a background character. The Girl with the Dragon Heart focuses on Silke’s search for a place to call home. Silke thinks she’s found a home at The Chocolate Heart, but after being a refugee to the kingdom and an orphan, she’s grown to distrust anything that isn’t permanent and The Chocolate Heart could shut down any day.

Instead, Silke is looking for somewhere safe, that will stand the test of time, so when The Crown Princess of the kingdom offers her a position that will earn her a place in the palace permanently Silke is eager to accept. The crown princess is looking for someone who can be a spy on some visiting royalty, someone who knows how to spin a story and get people talking. Exactly what Silke is good at.

It doesn’t matter that the position is dangerous, Silke will be a spy on the fairy royalty from Elfenwald, who have come out from underground for the first time in a hundred years to broker a treaty with the kingdom. Silke tries not to let her own history with the fairies get away from accomplishing her mission. But she still plans to find out about some of the mysteries from her own past that involve the fairies

The fairies seem to be offering an alliance, with riches untold and magical protection for the kingdom. But Silke knows there is more to what the fairies are doing and has a secret mission of her own, find out what happened to her parents who disappeared when her refugee caravan was traveling through Elfenwald six years earlier.

But soon Silke learns the fairies are after the dragons and vows to protect Aventurine who is in the castle helping make chocolate for the visit. But dragons are stubborn and tough to protect and soon Silke and Aventurine find themselves in a world of trouble with the faries threatening to take them back underground along with their unlikely companion the crown princesses younger sister, Sofia.

The trio finds their way out of the fairies grip, but must find a way to rescue their friends and family, Silke has always been a good storyteller, but will she be able to talk her way out of this mess and save everyone she loves in the process and will she truly find the home she’s been looking for?

Overall, this book was a solid 4.5 stars and I can’t wait to read the next book in the series.

Photo by Kristina Paukshtite from Pexels