The Pondathon is having special side quests to help the different animals do magic. It’s seriously the cutest thing and one of the things that help me fight off depression. I really appreciate The Quiet Pond and CW (@artfromafriend) for the work she is doing. So please consider joining us or supporting her. The Pondathon goes on until March so you have plenty of time to join up and help fight evil!

For this quest, we’re helping Cuddle

the shy sea-otter from the pond with her mushroom soup. To help out with this quest you can do several things.

So I’m going to talk about my current read for the Pondathon: The Dragon with a Chocolate Heart by Stephanie Burgis 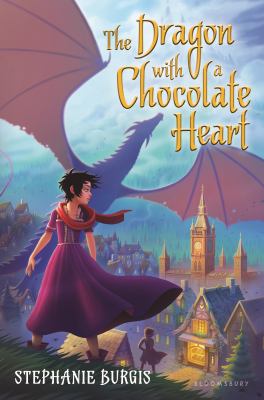 Now I love books about magic and cooking. Somehow magical cooking always seems to result in a cute book, and its the perfect book for this quest. Aventurine is a dragon, who feels confined to the caves where her family lives, she can’t explore the outside world yet because her scales haven’t thickened up and she could be hurt by humans or other creatures.

Her mother tells her to find something she likes to do to help the years while her scales harden pass. For example, her brother Jasper likes human philosophy. Nothing seems to catch her attention though.

Aventurine just has to explore so one day she sneaks out and files around, only to encounter a human who is cooking something. This is where Aventurine finds what she’s truly interested in because the human is making chocolate. She knows she has to have some, so the human lets her try it.

Ooops, only it turns out to be enchanted chocolate that turns her into a human girl. The human was a food mage in disguise and refuses to turn Aventurine back, or give her more chocolate, instead, he suggested she find a livelihood at one of the chocolate houses in a nearby town.

Intrigued by the idea of a chocolate house, thinking its a house made of chocolate, Aventurine ventures to a nearby town, she learns things about humans, such money, and their silly need for references to get work at a chocolate house.

Still, she’s finally found the thing that she loves, so she isn’t going to give up and eventually ends up at the worse rated chocolate house in town, where the chef has just thrown her apprentice out on the street. She manages to talk herself into a job with the cranky chef and sets out to learning chocolate secrets.

I’m about halfway through the book and I can’t wait to see what other adventures are in store for Aventurine. I really love her dragonish observations about human ways and the friend she makes at the market who shows her about human ways.

Stephanie Burgis is also the author of many other cute middle-grade fantasy books such as The Girl with the Dragon Heart and The Princess who Flew with Dragons.

Again cooking +magic=cute! So if you’re a fan of middle-grade fantasy you should give this book a chance.