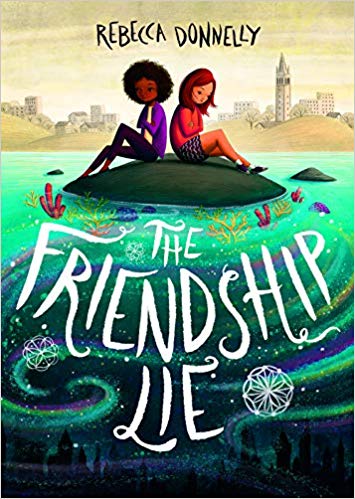 I’m ready for one month closer to the end of the summer. Fall and winter are my seasons, but August isn’t without its fun. I’ve got lots of birthdays coming up, and more hours at my job. So I hope I’ll have time to read all these great books coming out!

Out August 1st. Cora Davis’s life is starting to feel like garbage. First off her parents’ study what happens to trash after it has been thrown away. But despite knowing everything about the trash they are making her life a mess. They are divorcing and she feels like she’s being thrown away. Add to that a fight with her best friend and the fifth-grade year is officially in the dumpster. But when Cora and friend Sybella find a diary that deals with the best friend problems like the ones they are having, they realize that this piece of trash they found just might be a treasure.

Due out August 6th, Emila Torres has trouble focusing, sometimes she doesn’t follow along in school or forgets what her mother or abuela asks her to do. However, what she can focus on is a time before her father’s deployment when her family was whole and made sense. She expects that life will go back to normal when her father comes home, but he comes home different, instead of spending time with his family he isolates himself and spends time working on cars instead.

Emila though keeps an eye on him and slowly they reconnect as he teaches her how to weld, soon she can see her old dad start to shine through, but as she is making progress with her dad, something happens that shakes her community, leaving her friends at the center of the conflict.

Cape (The League of Secret Heroes)

I’m not normally a historical fiction fan but I think this one is going to get me. It’s set during the 1940s and is about a girl who gets rejected to be a codebreaker because she’s a girl. But it turns out a superhero organization is looking to recruit her. Add in new friends, missing superheroes, fighting Nazi’s and real history about the women who helped win the war it sounds like a great book. The League of Secret Heroes is due out on August 6th.

Rise of the Dragon Moon

Set in a frozen world Princess Toli just wants to to be hunter and warrior. Not the heir to the throne. Her mother’s queendom is set alone against powerful dragons that already killed her father, so when the dragons come and take her mother away, she knows she has to go after the Queen to save her and she’s willing to do anything to save her mother.

But securing the Queen’s release requires trusting one of the enemy, who may be the key to the Queen’s release. With her friend and her sister, she goes on a dangerous journey to rescue her mother, but the most dangerous secret might not be the enemies who stalk them but a secret in her family’s past.

The Trouble with Shooting Stars

After a car accident that leaves her with a scar, twelve-year-old Luna loves the nighttime more than anything else. She doesn’t have to face people looking at the half mask she now wears while she heals.  She spends her nights drawing the things she sees, which turn out to be more interesting after a new family moves in next door.

She now watches the boy and girl from the new family next door…zipping out of the window in a zeppelin and up to the stars.

She thinks she’s dreaming at first but when they catch her watching she starts going on adventures with them as they do nightly tasks like cleaning full moons and arranging constellations.

When they catch a shooting star she gets to make a wish, however, Luna soon learns no wish is strong enough to change the past.

What middle-grade books are you guys looking forward to for August?