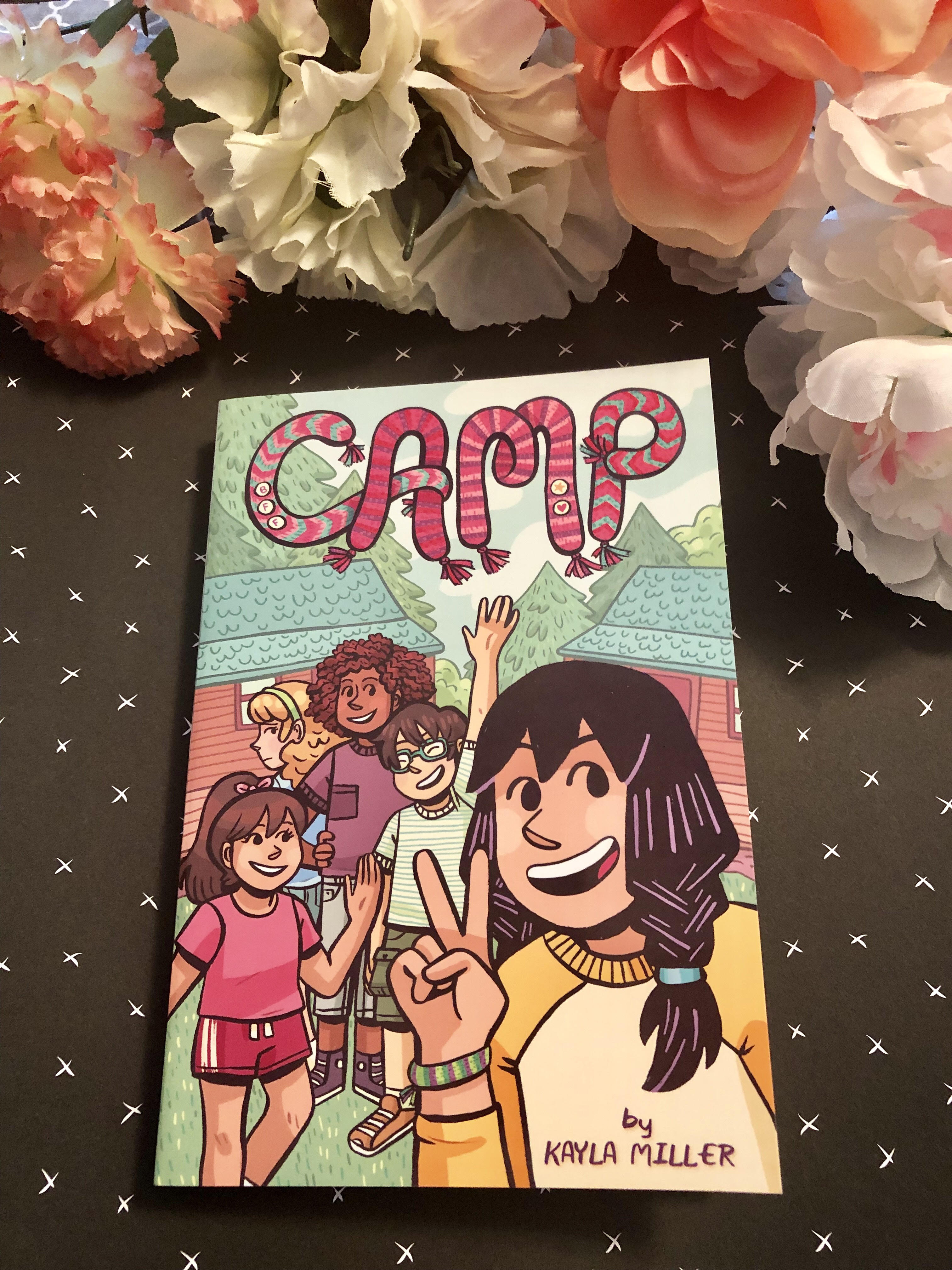 Camp by Kayla Miller is set in the same world as Click, also by Miller. Camp is a perfect book to discuss middle school age friendships.

“Olive is sure she’ll have the best time at a summer camp with her friend Willow – but while Olive makes quick friends with the other campers, Willow struggles to form connections and latches on to the only person she knows – Olive. It’s s’more than Olive can handle! The stress of being Willow’s living security blanket begins to wear on Olive and before long…the girls aren’t just fighting, they may not even be friends by the time camp is over. Will the two be able to patch things up before the final lights out?”

Miller addresses the two girls different personalities very well. As someone who works with this age group, I’ve seen kids on both ends of this, outgoing and introverted. I’ve also seen this problem arise.

Personally, and perhaps, even now I’m still the one who has one person I stick to kind of be my ‘social translator’ or to soften my hard edges. In my case, this is due to my autism, and I didn’t get that angle from Willow. When it comes to kids with autism who are having Willow’s issue of attachment. I think a careful push to socialize isn’t necessarily a bad thing, but that you have to walk a careful line, especially at the age dealt with in the book.

I think Miller does a great job of showing where the character’s emotional intelligence or lack of emotional intelligence gets in the way and causes obstacles. Another marker of the age group she’s writing about, which makes her writing seem more realistic. The conclusion also doesn’t feel forced. Both Willow and Olive make mistakes before reaching a resolution to their friendship issue, and it doesn’t happen overnight. Overall I really liked the book, and think it was well written.

Nothing major thought the piece was well written.

Though Miller’s background cast has a few POC characters they aren’t the focus of the story.  I do like the exposure for people with social problems though even if Willow’s social issues aren’t named by a particular disorder.

I’d recommend this to any children 8-13 specifically dealing with friendship issues.

Overall I really liked Camp I’d give it four stars and hope to read more of Miller’s work.