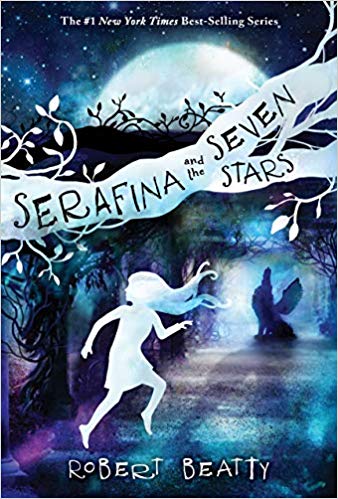 I don’t know about where you are but it’s summer here. Too hot summer. I don’t love summer.  Fall and winter are more of my seasons.

But summer is good for staying in and reading books. It’s about 100 degrees here on average so it’s my favorite summer activity. What about you? Is it warm where you are and if so how are you staying cool?

There are lots of new books coming out in July to keep readers busy. So I thought I’d highlight a few.

This first book I’ve been waiting on since I finished the last one in the series.

Serafina and the Seven Stars (The Serafina Series Book 4)

I love the way Robert Beatty brings middle-grade horror to a southern setting. Serafina’s character has grown throughout the series and I can’t wait to see how she and Braeden have an adventure in this book.  This will be out July 9th.

Amazon: Serafina and the Seven Stars

I’m still hoping to pick up the first book in this series, but this second volume looks great. The series deals with the complexities of middle school friendships. It reminds me of the Babysitters Club. It will be out July 30th.

Amazon: Making Friends: Back to the Drawing Board

Jessie used to believe in miracles. He even collected them in a book called The Miraculous, but then his baby sister died at only eight days old and shattered his belief in miracles. But miracles aren’t done with him yet, he meets a mysterious cape-wearing girl and they end up running into a woman who might be a witch.  Out July 30th this looks super cute!

Growing up as a black girl in a white adoptive family Makeda June Kirkland often feels out of place. Even more so after her family moves to New Mexico, and she leaves her friend Lena, the only other adopted black girl in a white family that she knows. The book explores the themes of music, sisterhood and finding your own place in the world. It’s out July 30th.

Check out these great MG releases in July! 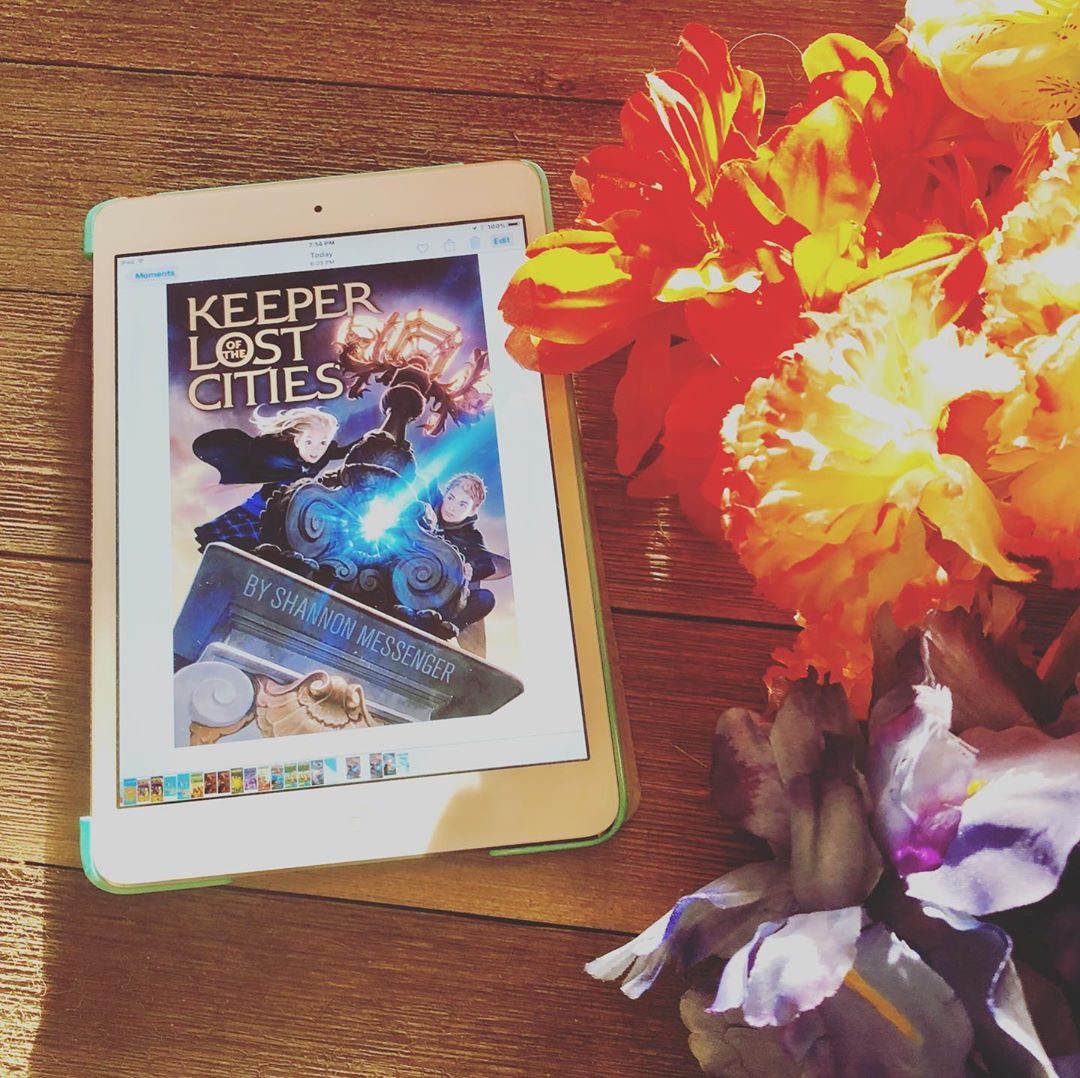 How do I start writing about Keeper of the Lost Cities? It has become my favorite series this year and has helped with my depression over the beginning of the spring. So I can’t promise these reviews won’t be biased a bit. But I’ll try to give the most unbiased account I can of the books. The author Shannon Messenger is also doing a read-along of each book over on Instagram.

The first book of the Keeper of the Lost Cities series opens with a girl named Sophie. She’s a twelve-year-old high school senior who doesn’t fit in with her class or her family. She meets a boy who turns everything upside down one day when she’s on a school field trip to a natural history museum.

The boy Fitz, reveals that Sophie is actually an elf. Sophie is, of course, skeptical, especially when Fitz offers to prove it to her by taking her to a place he calls the Lost Cities. Sophie thinks he’s bad news and runs off only to end up using powers she didn’t know she had in the process. With a renewed trust in Fitz, she visits the Lost Cities and finds them to be more incredible than she’s ever imagined.

Soon she accepts the truth of her being an elf. She has to deal with the loss of her human family, who can’t know about her new life. The question of where she’ll stay, and mysterious questions about her past.

Sophie, it turns out is unique even for elves. These elves are more along the line of Tolkien-esque elves, beautiful, and mysterious, only they have unique abilities such as telepathy, empath, and prokinetics. Sophie’s ability turns out to be telepathy, with the addition of the fact she has an unreadable mind, so even other telepaths can’t hear what she’s thinking.

This leads to the elves’ ruling body, the Council’s distrust of her. So they set Sophie up with a trial period at their elite academy called Foxfire. There Sophie struggles to make friends and unlearn everything she thought she knew about the world.

Meanwhile, her assigned guardians Grady and Edaline Ruewen, are a reclusive couple. They haven’t been the same since they lost their daughter Jolie, sixteen years previously, and death is uncommon in the Elvin world so they don’t find many people who understand. Sophie was paired with them due to the loss of her human family and the fact the council thought they’d have a shared bond over the loss.

But Sophie is struggling to connect here too, with the Ruewen’s stuck in the past over Jolie and not sure they want to connect with Sophie.

Yet, as she stays in the Elvin world longer she begins to find friends. Fitz who rescued her begins to hang out with her, and she finds a best friend in Edaline’s sister’s son, Dex. Soon her friend group grows larger to include Fitz’s sister as well as his friend Keefe. And Grady and Edaline finally seem to be getting to the point where they want to accept her, and Sophie finds herself beginning to bond with them as well.

But even though things are going better for her things keep drawing her back to her mysterious past. A group called The Black Swan, and something called Project Moonlark, seem to come up in every investigation Sophie tries to do about herself.

Sophie even begins to receive notes from The Black Swan, telling her to take action about events going on in the human world.

As Sophie comes closer to the truth about her past someone else is trying to stop her from discovering it and is willing to go to any lengths to do so.

I’d recommend this book to any reluctant readers or fantasy fans. It’s a great set of epic adventure and the author is great with pacing and the larger plot.

Overall this is one of my favorite series so far this year due to the plot and my love of the ensemble cast. 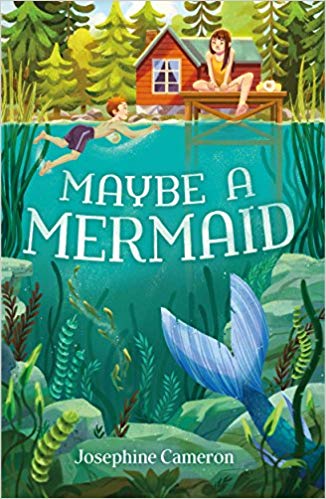 When Carolina is forced to move from Puerto Rico after her father loses his job, her summer and life are put on hold. Her family settles in with Carolina’s aunt, uncle, and bossy cousin Gabriela. Carolina is also made to attend Silver Meadows summer camp along with Gabriela, who is the shining star of the social scene at camp.

But just as she worries she’ll end up spending the whole summer in Gabriela’s shadow, she finds a friend who shares her love of art and a space of her own at camp. With her new friend and newfound refegue Carolina begins to reclaim some of the things she misses about Puerto Rico.

But when the camp and Carolina’s new sanctuary are threatened, how will Gabriela and Carolina end up working together to save them?

A sweet, pun intended, novel about a girl named Cady who isn’t used to stability, after growing up homeless on the streets of San Diego with her dad.

Now she’s living with an aunt she’s never met who runs a pie shop. But slowly things start to feel like home as she explores the town, makes friends and helps with the pie shop.

But when her Aunt lets her know that the shop is failing, she’ll do whatever it takes, to save the place where she now feels like she belongs. With the help of her friends and community will she be able to save the day or are there some things even pie can’t fix?

Amazon: Summer of a Thousand Pies

Practical Anthoni Gillis doesn’t believe in fairies or unicorns. She is instead looking for something more substantial like a True Blue friend. Something that has been hard to find in the last five years of bouncing from town to town with her mom.

The Season of Styx Malone

Caleb and his brother Bobby plan to have adventures in the woods behind their house during the summer. But Caleb is hoping for something more to his summer, this something more comes in the form of new neighbor Styx Malone, who is older and cooler than the boys.

Styx convinces them to take part in the Great Escalator Trade, where they trade one item up for a better item. But the summer isn’t all fun and games and Styx has secrets that may bring their whole adventure into jeopardy.

Amazon: The Season of Styx Malone

These are just a few great summer middle grade reads. What are you reading? Anything that’s about summer?