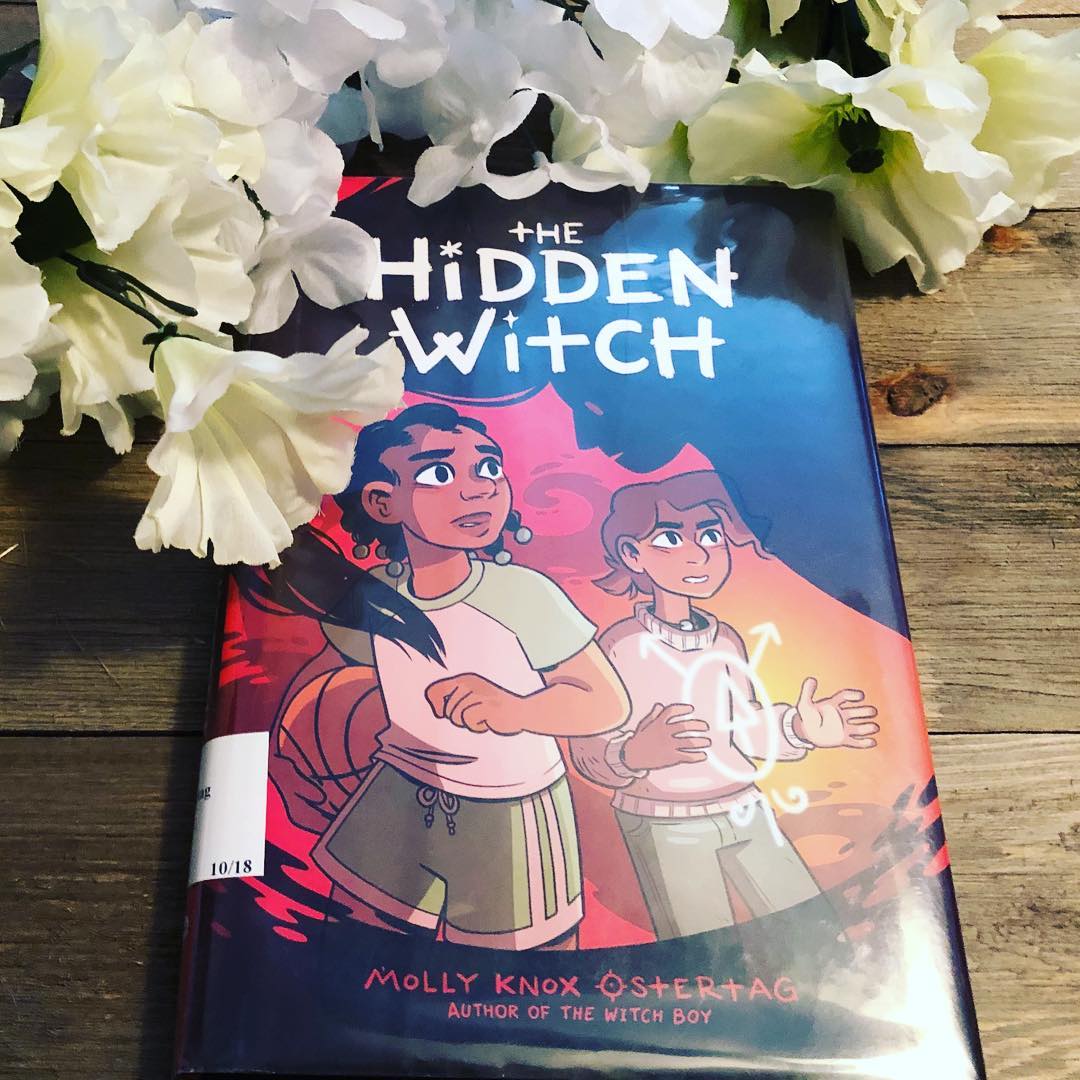 The Hidden Witch was a great follow up to The Witch Boy, after his adventures with his lost great uncle Mikasi, Aster is finally getting the chance to learn witchery with the girls in his family. However, some of his family still hold their old prejudices making things more difficult for Aster than they need to be. Aster feels like he is being scolded for no reason but with the help of his cousin Juniper, Aster connects with his grandmother who offers him special lessons, these lessons come at a price though…

Meanwhile, Aster’ friend Charlie is back in school after an interesting summer. She’s a popular girl and doesn’t have a tough time settling in or making friends. She even tries to befriend the new girl at school Ariel. Ariel, want nothing to do with Charlie and makes it clear. The school year seems to be starting off pretty well for Charlie except until a nightmare that comes after her. Aster’s grandmother gives her a protection charm and heals her from the nightmare’s effects but tells her to be careful.

At school, Charlie doesn’t seem to be the only one affected by the mysterious bad luck, as unexplained things keep happening to other students. Charlie though seems to be making some progress in getting Ariel to be her friend as the two starts on a group science project together.

Aster has a project of his own to deal with as Aster’s grandmother explains the price for her lessons is simple. She wants Aster’s help to get her brother Mikasi back to normal. She can’t do it, only Aster, another male witch can. Aster is at first unwilling to help but agrees to give it a try after talking with Charlie.

Ariel and Charlie continue to become better friends but Ariel feels threatened by Aster’s presence. Ariel takes a very possessive stance over Charlie. Charlie makes it clear this isn’t acceptable behavior but Ariel shrugs it off. As everything is happening Charlie’s first basketball game of the season nears.

When Aster heads out to go see Charlie’s basketball game, one of his cousin’s Sedge, asks to go with him. Sedge, who was also captured by Mikasi, reveals some problems to Aster and apologizes for past wrongs. Aster helps him come up with some ideas for how he might want to resolve his problems and they head to watch Charlie play.

During Charlie’s basketball game, she does well, too well. Ariel who has also come to watch seems to be involved, making Aster think that she may be more than just a possessive friend and perhaps a real dark presence?

3) Aster and his cousin Sedge’s conversations about life.

4) The fact that Aster and Charlie aren’t a couple.

5) The way the Mikasi situation was handled.

1) The way Aster’s grandmother convinced him to help with the Mikasi problem. I know it was necessary for the plot, but I found it manipulative.

This book was another 4/5, great plot, great pacing, and great art. It handled some serious issues very well.

Not too many diverse elements coming up as real issues in the plot. Charlie is a person of color and has two dads. Aster is also a person of color. These facts don’t seem to be at the forefront of the plot though, instead of that the most important issue when it came to diversity and the plot was the fact that Ariel was in the foster care system and how that affected her outlook on life.

This is a great book for anyone feeling like an outcast or having to deal with the after-effects of a bad experience and maybe experiencing PTSD. Both Ariel and Sedge have been through negative experiences, Sedge is processing it by how he deals with his shapeshifting, Ariel by how she deals with her witchery. Both can be a great parallel for mental health especially Ariel’s situation. Mikasi’s situation as well also ties back into this theme. I think the final resolution of the plot and how Ariel and Mikasi are connected really brings the pieces of this theme home. 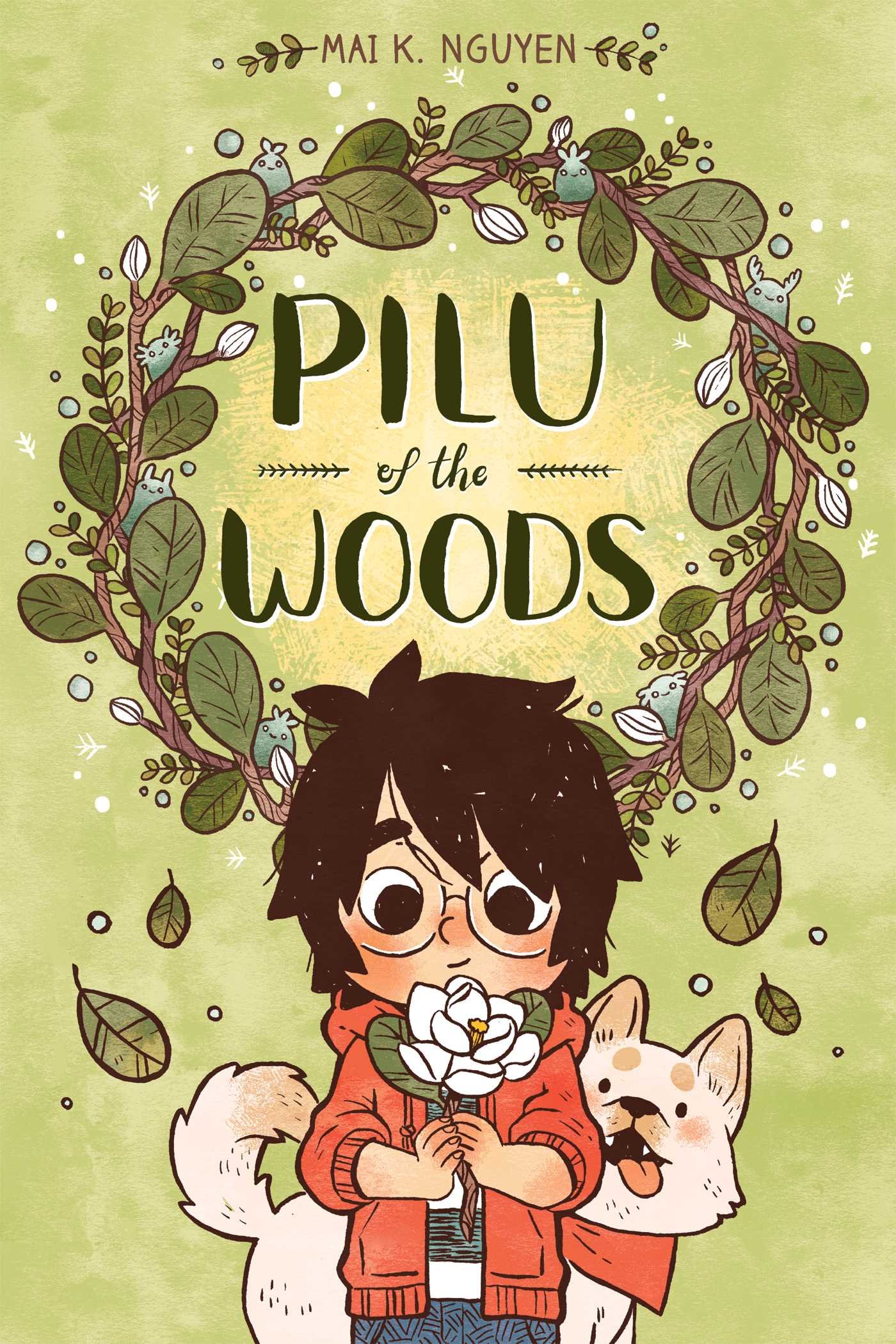 The review was written in exchange for a free ARC via NetGalley.

Let me first start off by saying that Pilu of the Woods is an incredibly beautiful and touching book. The art is lovely as is the story.

Pilu of the Woods is about a young girl, Willow who is trying to understand her emotions after the loss of her mother. Willow and her sister Linnea are both dealing with the loss differently, Linnea is older and trying to step up into a maternal role, while Willow is becoming more introverted.

After that it’s a blur, Willow wakes up at home and the rest of the story is told in flashbacks. Willow eventually ends back at home and apologizes to her sister who apologizes to her. Willow leads Pilu back to the grove where her mother and sisters have missed her. This is the same grove the Willow used to visit with her mother. Pilu gives Willow a magnolia flower for her trouble and tells her to visit again.

Nothing, it’s a gem.

The book is excellent. My favorite so far this year, the way Willow refers to her emotions as monsters is excellent, and the way the book deals with processing emotions could be helpful to people of any age. Plus it is simply gorgeous. Add on top of that a story about a friendship between two girls and I have to give it 5 stars!

Willow is a person of color living dealing with the loss of her mother. I also believe she could have a mental illness, but that just my view of it. Dealing with loss and lack of proper regulation of emotions are the biggest factors that are dealt with here. I think that is super important as those are issues that aren’t dealt with enough in children’s literature.

I think this is a great book for kids who are having trouble with big emotions or perhaps mental illness. I just really like the way it handles emotional regulation. I also think it could be helpful for someone dealing with a loss.